Yesterday, Donostia hosted the 12th Gipuzkoa Business Race, attended by a significant number of employees from Laulagun. A total of four groups have participated, three in the men’s category and a fourth in the mixed category.

The Business Race (Carrera de Empresas) aims to encourage the practice of team sports, where participation increases year after year. This year 710 teams participated, 95 more than last year. In total, more than 2,800 runners, divided into teams of four. Among the teams, there have been 301 mixed teams, 364 male and 45 female.

Laulagun is grateful for the opportunity to participate in such events, where teamwork, one of the cornerstones of the company, is encouraged. In addition, Laulagun would like to thank the organisation of the Business Race (Carrera de Empresas) for its solidarity efforts, another of the points that Laulagun considers fundamental in its ethical foundations.

In addition, it is worth mentioning that the organisation has allocated part of the money obtained thanks to registrations to the Zaporeak group, an association made up of volunteers who work to promote projects that combine gastronomy and solidarity.

Zaporeak is in charge of organising different awareness-raising activities in the Basque Country and uses the human, material and economic resources it gathers there to spend them on trips where they cook for the people who need it most, such as in refugee camps or disadvantaged areas where food is scarce. 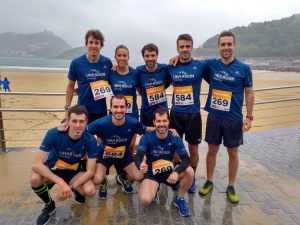 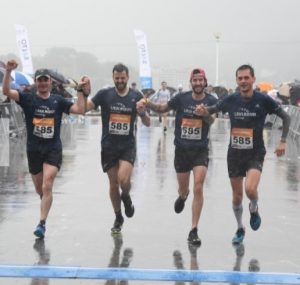 FOR MORE INFORMATION ON PRODUCTS AND SERVICES